Bobby Jasinski, a native of New York City, started piano at age five. He looks to his roots of Colombian, Polish and Italian heritage as his influences to the type of music he composes: from Latin rhythms to Polish classicism to Italian folk melodies to jazz and other genres. A composer and arranger, Bobby studied conducting with Solti International Conducting Competition winner, Shizuo Kuwahara, and currently studies composition and arrangement with two-time Grammy award winning musician and Jazz at Lincoln Center Orchestra member, Ted Nash. Bobby currently is a member of the BMI Jazz Composers Workshop in Manhattan.

In the Washington D.C. area, Bobby has appeared at the Kennedy Center (including the Roof Terrace Restaurant Sunday brunch for over two and a half years), Twins Jazz, HR-57, the Swedish and French embassies, the World Bank, National Press Club and Strathmore. Outside the area, Bobby has had the honor of performing and having masterclasses with Chick Corea, McCoy Tyner, Roy Hargrove, Evgeny Kissin, Emanuel Ax, George Robert and Cyrus Chestnut. Further, Bobby has made appearances at Bernie’s Jazz Cafe and Bennetts Lane in Australia, Ronnie’s Scott in London, Harlem Jazz Club in Barcelona and Gregory’s Jazz Cafe in Rome.

Bobby has three albums on iTunes and CDBaby: “A Speck in Time”, a collection of original tunes that were arranged by the Williamsburg Symphonia for a formal January 2015 performance, “Retrospection”, Bobby’s sophomore album which features a complete set of originals for septet and vocals and his latest album, “Spectrum”, which features big band compositions. “Spectrum” won a 2021 Washington-area Grammy (Wammie) for Best Jazz Album and Bobby took home the 2021 Wammie honors of Best Jazz Artist. He also currently directs “The Hot Lanes”, a 16-piece Big Band comprised of diverse and talented musicians who, like the Jazz at Lincoln Center Orchestra under Wynton Marsalis, promote all decades of music and seek to educate the local community in jazz.

Throughout the last decade or so, Bobby has promoted benefit concerts, in which proceeds from these gatherings and from his album sales are donated to Haiti’s Food for the Poor campaign, an organization with which Bobby and his church have a close affinity. 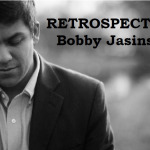